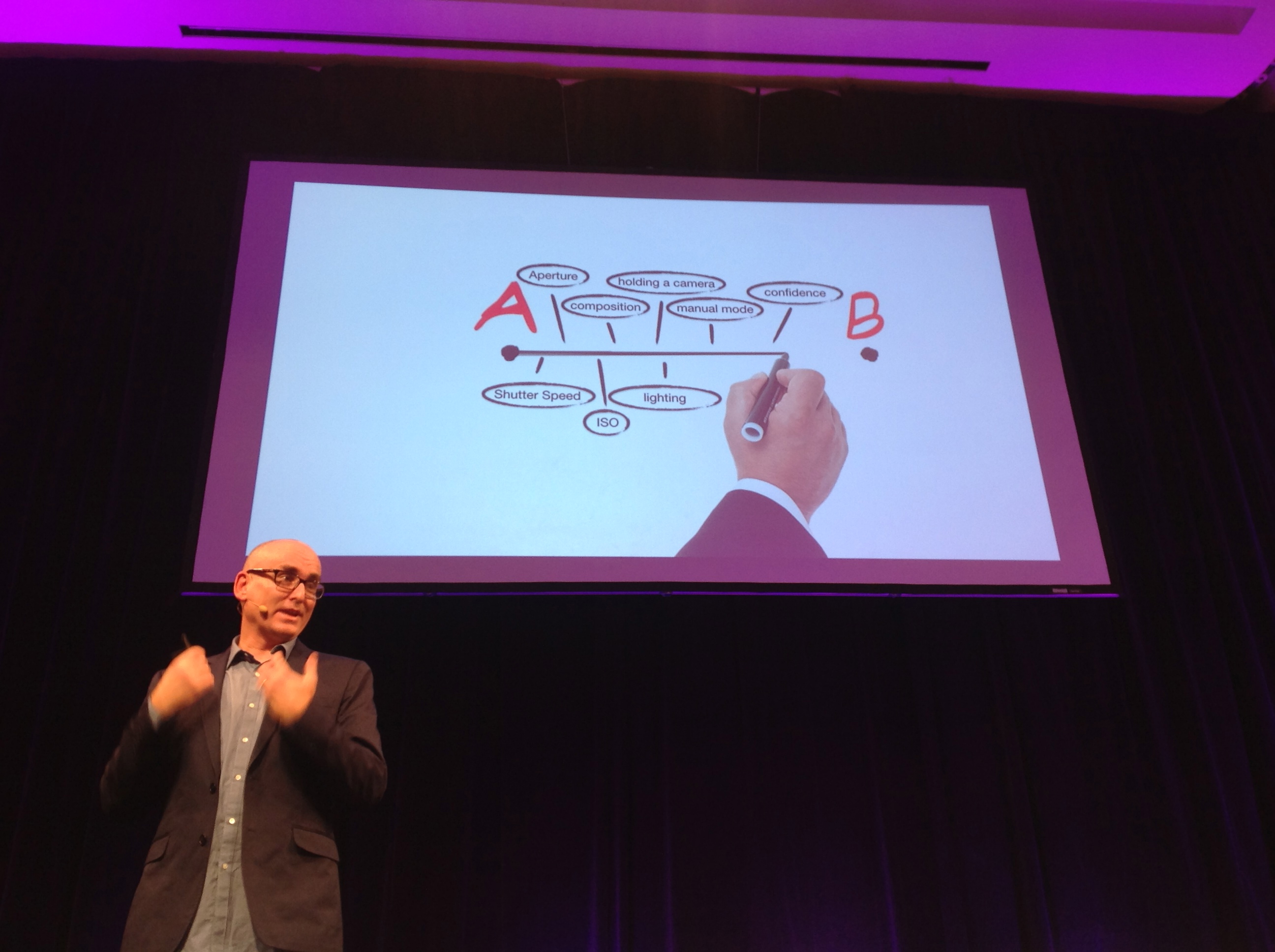 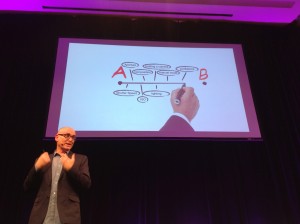 What did we learn in this two-day extraordinary event for 550 + bloggers from around the country?

Today is the first day after the two-day Problogger training event,  held in QT at the Gold Coast and like most of you who attended, I am determined to do better on the blog front in the year to come.

Of course, I am working at a disadvantage (or if you look at it in a different light – an advantage if you like), because I could not attend most of the sessions. Why? Because I was busily interviewing some of the key speakers – a real privilege to get up close and personal with these impressive entrepreneurs who are doing extraordinary things! (By the way, if you want to see these interviews, make sure you subscribe to this blog in the box below.) So, I am really looking forward to hearing the recordings when they come out.

Having been fuelled by the enthusiastic and the well informed – both qualities that are in high demand in the blogosphere and contribute to success, whatever that may mean for you, (and of course it’s different for different people), I am relaunching my blog with vigour on day one – making a commitment to post 2-3 times weekly for the next year, commencing from today – and taking Darren’s advice to tell someone about it.

Yes, I have blogged before – many times and for many years, and even though I am a digital consultant to writers, which involves teaching them social media strategies, (with blogging as a hub), it’s been a bit like the mechanic who drives a car that’s poorly serviced!

But no more! The guilt (and Darren) has got to me and I am biting the bullet here! I am challenging myself to be disciplined enough to blog on a regular basis – a message that came across loudly and clearly at the #pbevent this year.

There were many messages in fact, and here are my top seven take-aways.

Yes, several of the speakers mentioned this word, and it resonated with me this time. It reminded me of Seth Godin, who talks about “showing up”.

Darren said that when his blog post is running late, he gets emails from his followers asking where it is. This is a sign that when you have a regular readership, you need to give them consistency in terms of your posting schedule. Chris Ducker and Pat Flynn, in their excellent session on podcasting, sent the same message. Regular posting is essential, they said, and recommended recording a batch at a time – sure makes sense to me!

This is something I have observed in having interviewed many big names now, (as we were privileged enough to be recording interviews over the past couple of years at Problogger), it became very clear, very quickly, that “humble” was an attitude that the successful wear well.

First and foremost, all the big name speakers pay attention to their audience. Darren Rowse certainly leads by example here and the modelling is rubbing off on the “up and coming” bloggers too!

Take-Away #3: It’s All About Story

This one I’ve known for a long time. My author clients teach me this every day. But it was so cool to see that the likes of Pat Flynn, who shared the story of his wife’s passion as an avid music fan of “her boys”, also uses storytelling to win over the audience – and that he did! 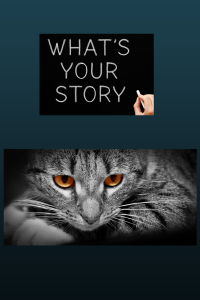 The audience lapped it up, and Darren’s little story around the Lego Movie, illustrated the same point. (I watched it last night just to find out about this main character, whose appeal was that he was very ordinary:-)  Yes, it’s true. We are hard wired for “story” – it’s in our DNA as human beings, and those bloggers who can tell a good story will find that their audiences will indeed become raving fans. 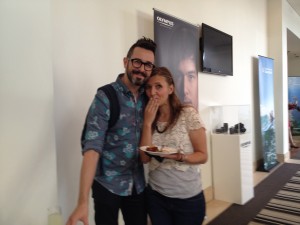 Geraldine DeReuter was popular, and so well received in her presentation about making them fall in love with you, and Rand Fishkin, (who gave a wonderful talk) joked with us in his interview later, that apparently his wife’s presentation was much more popular than his! Now there’s another story!

Memories of an iconic presentation by Darren in the US, at the World Domination Summit, wearing a superman suit, came through to me, as he talked about how it’s ok to dream. Children do it a lot, and of course, as we are growing up, our education system and  general socialisation seem to quell our capacity to dream. 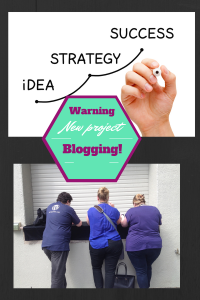 But all good blogs initially came from someone’s dream, their small idea, that one day can become a big one!

The interview with Hunter Boyle (the aWeber guy), who also, we found out, is a member of an interesting organisation called The Awesome Foundation that focuses on rewarding creative ideas, reinforces this notion that you need to nurture your creative side.

The stories we heard also illustrated the point clearly stated by Darren Rowse, that we see here, a whole lot of examples of ordinary people who are doing extraordinary things!

It also reminded me of the popular Aussie author, Kate Grenville, who writes really interesting historical fiction, and said at a conference I attended, that the most important stories that need to be told, come from ordinary people, who would not otherwise be exposed.

The notion that bloggers want to create value for their readers and make a difference in their lives came through with most of the speakers. It certainly seems to be a driving force with those bloggers commanding large audiences, and the mobilisation of what Seth Godin calls “tribes” that are working for causes that contribute to social good, augurs well for the future of our planet.

The Problogger event was brimming over with such positive influencers. It was indeed a joy just to mingle with these crowds and I have now checked out a number of their blogs, which I will be following with avid interest.

This message came from the likes of Pat Flynn, who shares with us his passive income online on a regular basis. It is a reminder that one can make a decent living online, if the freedom that affords you (along with the lifestyle) is something you desire – and apparently many do. 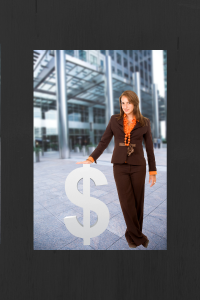 But also, (and with some hard hitting advice) from Suzi Dafnis, a social media superstar from what I have seen of her in action for the Australian Women’s Business Network (ABN), we had a reality check. Suzi told us that we need to face the reality of what it takes to run a successful business.

Some of the key issues centred around handling the more difficult aspects of running a blogging business. Such as: leading people and learning to communicate clearly with others; as well as the oft frightening “numbers” game you have to play, in knowing what your profit and losses are. Also, the notion of actually having a plan, which we all probably know about but many don’t do.

Why are these issues important to confront? Because if you want to run a successful blogging business and earn a decent living, then you must face these hurdles – and sooner is better than later, as Suzi shared with us a story of one of her early losses to the tune of $50,000, at a time when that was big bickies.

So, for those of us who have big plans, these ideas are clearly in the bucket labelled: “For Immediate Attention”.

No matter how much inspiration you take away with you from yet another successful Problogging Event, without taking action, it won’t amount to a hill of beans!

So, Darren put out the challenge and I have taken notice.

This is my first blog post of many “regular” posts I will be making over the coming year – and I have now publicly announced it to all of you, so failure to carry it through will be obvious to all very quickly!

It’s scary, but I have resolve. Will any of you join me to take the challenge? Let’s help each other to remain focused and report back over the coming year as to how we are going.

Perhaps someone might want to join me as a blogging buddy and we could be keeping each other to task?

So finally, I want to publicly thank Darren Rowse, his extraordinary team, and the wonderful speakers, for the brilliant job they all did, (yet again), to bring a training event of substance to all the bloggers in attendance.

For the bloggers, it’s the best challenge we could have out there – to just start – and if we are successful, maintaining consistency, telling stories that matter and gathering momentum, then perhaps next year we can share our journeys? Yes, it’s scary. Yes it’s very confronting. But we do have much to gain if we make it happen.

Who is willing to put themselves on the line and join me?